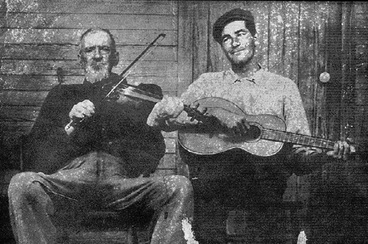 Broussard family traced back to roots in France by Nola Mae Ross. Printed in the Cameron Parish Pilot, Cameron, LA on May 24, 2012

The Broussard families in Louisiana stem from Jean François and wife, Catherine Richard Broussard, who were
originally from France.

Their most famous son, Joseph “Beausoleil” Broussard had fought against the British as a guerrilla fighter with the aid of Indians in the area. He was captured after several years of resistance. He and his family were then  exiled.

They made their way to Santo Domingo, then to Louisiana.

These three families’ descendants are the first settlers to influence the Cameron Parish area.

AMAND BROUSSARD
A son of Joseph Broussard, named Amand, (Armand), was born in New Brunswick, and arrived in Louisiana when he was about 16. The Spanish Governor of Louisiana, Louis de Unzaga, gave Amand a 451-acre land grant on both sides of Bayou Teche near Fausse Pointe.

It was here he built a home that has now been moved to “Vermilionville,” in Lafayette. It is a good example of Acadian homes built in Louisiana during the late 1700s. This house is still called the “Amand Broussard House at Fausse Pointe”.

But these Broussards must have had the “migrating fever” because so many of them continued going westward
across Louisiana.

According to Larry Broussard of Grand Lake, who has done extensive research on the Broussard family, they came to Southwest Louisiana by groups. Below are listed the Broussards in areas and groups to make it easier for
descendants to trace their ancestors.

Desire Emile’s sister, Angelique Julie Broussard, married Michael Conner, Jr. This union had a large influence
in the Little Chenier and Creole area. Their home place was next to the Primeaux’ on Little Chenier Ridge.

COW ISLAND & GRAND CHENIER GROUP
The first Broussards in this area were Theogene and wife Euranie Madeline Broussard who came from the Lafayette area. They had six children and two of their daughters married into the Miller families - Mary Elena who married Michel Miller, Jr. and had six children and Amelia Broussard who married Pierre Valcourt Miller and had 14 children. Another daughter Mary Annoncaide married Armand Richard, Jr. and they lived on the west end of Grand Chenier  with their five children.

CREOLE GROUP
The first Broussard settlers of the Creole area were the descendants of Nicolas and Natalie Mary Savoie Broussard, who had nine children and lived in the area of the Sacred Heart Catholic Church west of Creole. Doug Kershaw is a descendant of the Nicolas Broussard family.

FAMOUS COWBOY
When the famous cowboy, Eloi Hebert, first came to Hayes, and later to Big Lake in about 1830 his daughter Aspasie Hebert, married Raphael Broussard, who is thought to have been the first Broussard in the Big Lake area.

Raphael Broussard’s father-in-law, Eloi Hebert had homesteads in the Hayes area because there he had discovered large prairies, where he could herd cattle. Eloi and his sons were much in demand by prominent cattle owners in the Abbeville area, because they had a good reputation for herding cattle.

Later Eloi Hebert moved his family to Big Pasture, near Big Lake, because he was told he could own all the land he could fence in. Eloi Hebert and his wife, Celastine Breaux, had 13 children and their daughter, Aspasie, who married
Raphael Broussard, was their sixth child. It is thought that her husband, Raphael Broussard helped his fatherin-
law with the cattle.

Raphael was the son of Edouard and Seraphine Broussard, who were also found in Imperial Calcasieu Parish before Cameron became a parish. They found their dreamland near what is now Lake Arthur, in a spot that had an abundance of water, firewood and trees to build a house. Thousands of ducks and geese flew above the marshland - just perfect for gumbo. In the surrounding waterways fish were plentiful and nearby schooners brought coffee, tea, sugar, tools, and piece goods from the outside world.

SERAPHINE BROUSSARD
Seraphine Broussard, Edouard’s wife, and the mother of Raphael was a noted midwife of that day. Not only was a midwife a valuable person in this “doctor less land”, but she also had a job that was one of the few ways a woman could earn a living. The pay for a midwife was about $2 per baby. Seraphine Broussard also became known as important in recording births.

By 1850 a few Catholic priests were visiting the outpost where the Broussards settled, and there were almost no schools, so they and their neighbors built small schools and hired teachers, even bringing some teachers from France.

LAKE CHARLES
The second Raphael (Raphale) Broussard married Zelda Babineaux (Babino) and they moved to the Lake Charles area in about 1884. He was granted 163 acres of land near Prien Lake, where the Lake Charles Country Club now stands.

Nearby was the Duhon-Burleson sawmill, and also the Stout Mill. So Raphael Broussard could cut trees from his own land, have them sawed and milled, and then used to build his own home.

Ducks and geese were also plentiful and all kinds of waterfowl, plus the land was virgin and rich and just begging
to grow vegetables.

KERSHAW-BROUSSARD CONNECTION
When Rita Broussard married Jackson Kershaw of the Cameron area, they brought together the best of two musical
families. Rita Broussard came from a very musical family whose great-grandfather, Nicholas “Cola” Broussard, and his sister first came to Cameron parish in about 1850.

Nicholas Broussard served in the Civil War in Co. B 16th Battalion and married Natalie Savoie. They lived and reared their children in Creole. This whole Broussard family was described as being able to “make a fiddle soar, and make an accordion dance.”

DOUG KERSHAW
Doug Kershaw was a member of this family and he wrote a song about his uncle Abel Kershaw. He also had another uncle named Savin Broussard, who was blind but still played the guitar and fiddle.

Jackson Kershaw, Doug’s father, married Rita the tradition of earning a living by trapping and fishing. He took his family, including four sons, Edward, who died young, Nelson, Doug and Rusty Kershaw, to live on a houseboat near an island called “Lil-o-tige” which is near Lake Arthur.

Doug, who wrote and made famous a record Louisiana Man, about his father who died when Doug was seven, and his brother, Rusty Kershaw, performed on the Louisiana Hayride and the Grand Old Opry, before they split up and went their separate ways, each becoming famous in their own right.

Wayne Kershaw, who was a prominent member of the Cameron school system, also came from this family.


WHITNEY BROUSSARD
Whitney John Broussard, who married Marie Azema Theriot, was one of the Creole Group of Broussards. He was
the grandson of Pierre and Marie Azema Theriot Broussard, and the son of Numa and Ursule Conner Broussard. He attended school in Creole and then graduated from SLI (now ULL) in 1936 as a school teacher. His first teaching job
was at Hackberry where he had 49 students that first year.

His future wife, Clara Ellender was a teacher in Creole and was also a cousin, of Senator Allen Ellender, a long time senator. After their marriage he decided to go back to SLI to take special classes, and become certified as a school principal. His first job as principal was at Cameron Elementary School.

While there he had two teachers, Ms. Gauthier and Ms Bessie Welch. He stayed at Cameron Elementary as principal until he retired in 1967. He died in 2004 and is buried in Consolata Cemetery in Lake Charles.


CARL BROUSSARD
The Clerk of Court of Cameron Parish also comes from the large family of Broussards. He is the greatgrandson
of Joseph Rene and Ursule Conner and the grandson of Raymie and Alix Theriot Broussard. Carl, who was raised in the Grand Chenier area has been reelected Clerk of Court for three terms.

The Broussard families have played an important part in the history of Cameron Parish and leave descendants who are vitally interested in keeping Cameron alive.

(If you have a family history you’d like in the book about Cameron Pioneers, email nolaross@suddenlink.net or call 477-6243.)